What Bug Is That?

A Guide that provides identification keys and information on over 600 Australian Insect Families.

Developed by the Taxonomy Research and Information Network, involving CSIRO and other agencies.

Thripidae Genera from China. An identification and information system for 98 genera of the Thysanoptera family, Thripidae that are thought to occur in China.

This key is an interactive diagnostic tool to help identify the medical important species of China, which comprises 33 species, forming a multivariate matrix of 76 morphological characters and more than 410 images to support identification of adult female mosquito species.

Recent keys and Pest Identification tool from the USA

The Identification Technology Program (ITP) that supports the biosecurity organisation (APHIS) of the US Department of Agriculture has recently released a new Identification and Information tool - Exotic Bee ID.

Like other countries, the USA has experienced a decline in some bee populations, due to habitat loss, pesticides, parasites and pathogens, as well as the introduction of non-native bee species. Exotic Bee ID has been designed to help those working at ports, state departments and extension services who monitor and intercept non-native bees in the US. It will also be of interest to non-experts with an interest in learning features important in bee identification.

This initial release is the first of three phases: future releases will include keys, fact sheets, and images for additional bee families and genera. This phase includes:

Exotic Bee ID can be accessed at: https://idtools.org/id/bees/exotic/

Aquarium and Pond Plants of the World, Edition 3 (APPW e3) 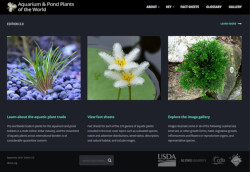 This key, also from the ITP team, is a major revision and update to the 2007 second edition. The worldwide trade in plants for use in aquaria and ponds is of considerable quarantine concern, particularly since many aquatic plants have the ability to disperse widely and become dominant in waterways, displacing native species. APPW e3 aims to cover all genera of aquatic plants cultivated commercially in nurseries and private collections around the world. Initially intended for officials at U.S. ports of entry and state departments of agriculture, this key is also useful to other biosecurity agencies and aquatic plant nursery managers, to help them become aware of invasive aquatic species in their stocks or among new acquisitions.

This key can be accessed at https://idtools.org/id/appw/.

Watch for the APPW e3 Lucid Mobile app version, due to be published later this year. 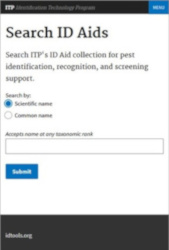 ITP maintains an ongoing collection of ID Aids: high-quality web-based tools and apps that support identification of plant pests of concern to PPQ. Each ID Aid is thoroughly reviewed and evaluated to ensure it has value and is from a reputable source. This collection currently includes over 3,800 vetted ID Aids that are image galleries, fact sheets, screening aids, keys of all types, molecular tools, and more, and they cover all plant pest groups. Since we're continually adding ID Aids, we also have a contact page where we welcome suggestions for pests to cover.

With Search ID Aids both experts and novices can find suitable identification resources. Search by either scientific or common pest name, and then instantly filter your results. 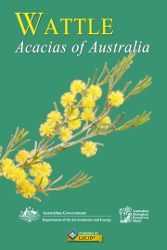 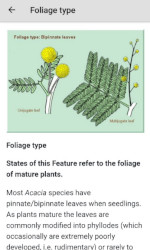 The identification and naming of wattles was greatly simplified in 2001 with the publication on CD of an electronic (Lucid) identification key called WATTLE; subsequently updated, this key was made available on the web in 2014. Now available as an app, it is the culmination of many years’ research by a team of Australian botanists, headed by Bruce Maslin.

More information will be available on these key once released.

The Q-bank invasive plants database provides detailed species-level information on all plants species on the EU list of Union concern, associated with EU regulation 1143/2014. This includes fact sheets, look alike pages and DNA barcodes to facilitate identification during border inspection and verification of interceptions in support of the implementation of the EU regulation regarding invasive alien species. 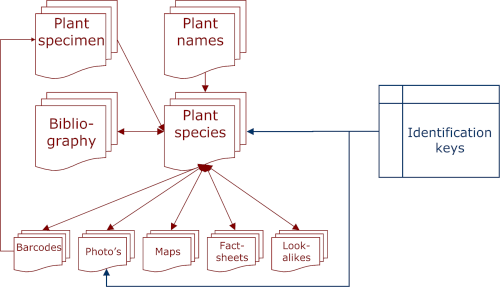 The first species to be included in a key were based on an inventory of weeds found in bonsai plants imported from China. At a later stage more species were added as they were intercepted in pot plants imported from other production regions of the world. Currently the key covers 136 species.

We have chosen Lucid software since the resulting keys are extraordinarily user friendly and intuitive to use. They rely on a visual (‘image-driven’) mode of work, thereby avoiding as much as possible technical (or botanical) terms. The multiple entry keys do not require the user to select characters in a fixed sequence; the user scores characters in the order that suits him or her best. The results of characters selected are immediately shown on-screen. Another reason to choose Lucid is that the user only needs an internet browser and no other software.

The species in the keys are all illustrated by photographs showing the distinguishing characters and a link to species information on Q-bank is provided in the keys. Here users can find more information on the species, a selection of herbarium voucher specimens as well as molecular data. The links between the different databases on invasive plants within Q-bank are shown in the diagram below.

The keys on invasive plant species currently available are:

We would like to thank Dr Malipatil, for his help organising the workshop.

This workshop was sold out and we've had several requests for an additional workshop. So far requests have been for Sydney and Perth. If you would like to attend a Lucid workshop please let us know your preferred location.